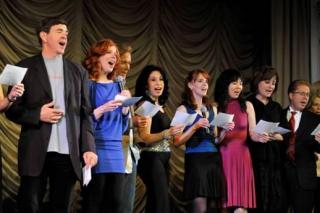 On Saturday, May 14th, Magee Hickey, daughter of Lawrence F. Hickey, and a reporter for CBS 2 News, along with her newscaster colleagues from New York’s television stations, two of her siblings, and other special guests, sang in a Cabaret to an audience of over 200 to raise funds for Astor’s Lawrence F. Hickey Center for Child Development in the Bronx.

On this wonderful afternoon, the cabaret was followed by a lovely reception where guests had the opportunity to meet Ms. Hickey and the reporters.

Thank you for your generosity!

« Return to our Feature Stories Archive